These images contain the Report’s Appendix which outlines the dissenting opinions presented by three of the 14 task-force members that voted against the Plan’s housing options.

The pages of the Report are provided in their entirety as it was submitted to the city by the Task Force.  The yellow annotations present alternative views to the positions and recommendations made by the majority of the commission and represent the position of some members of the Task Force who believed there are other options.

The Task Force was comprised of 14 members.

The Final Task Force Report on the six main activities (called Initiatives) represent a consensus view; AND, IT WAS NOT UNANIMOUS.

The Appendix of the Task Force Report contains the dissenting views the advocates (David Couchman, Melanie Noble-Couchman and Meghan Shannon-Vlkovic) as to their reasons they could not support the consensus report.

The ALTERNATIVE …. as described in the Appendix:

A review of the Appendix will give a different perspective as to how the North End can be “revitalized”, “Addition without Subtraction”, without having to do massive displacement of the residents which would cause destabilization of the North End’s workforce, public schools & enrollment, and major changes in the socio-economic profile of the area by reducing the ethnic diversity. 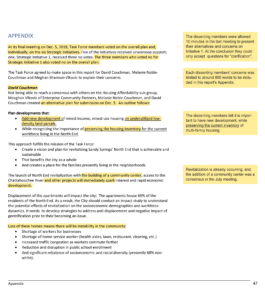 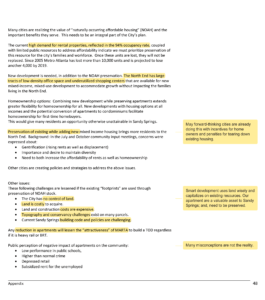 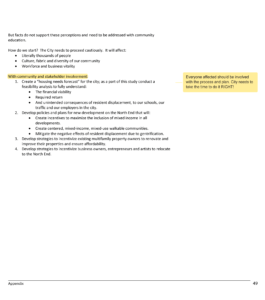 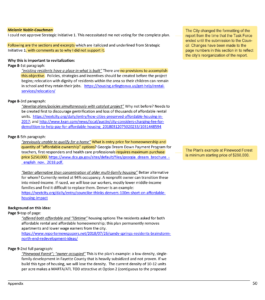 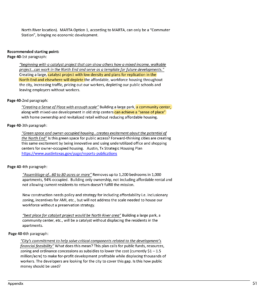 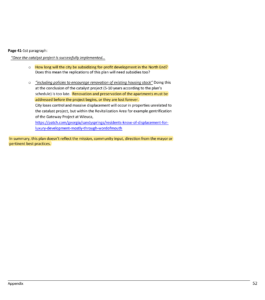 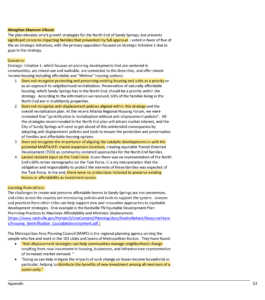 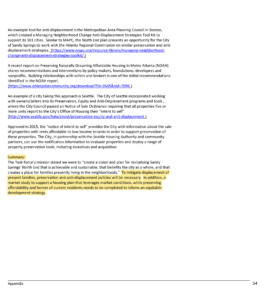