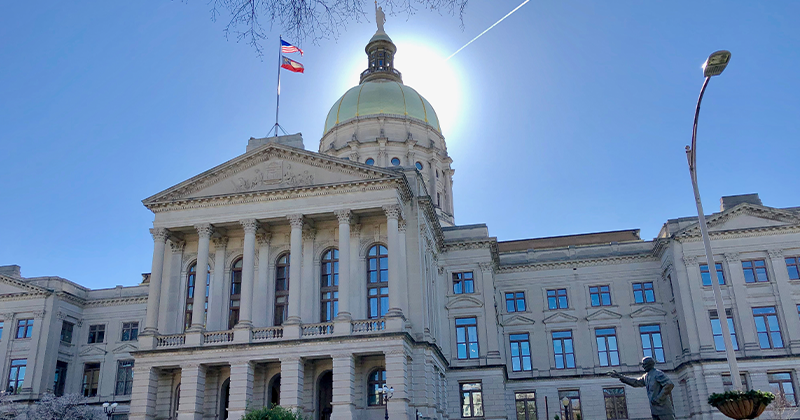 When you think about government and politics, you probably think about lawmakers, policies and issues at the national level.

While having a good depth of understanding of the federal government is important, how much do you know about Georgia’s own state government?

Oftentimes, policy changes enacted by our state government have a more direct impact on our daily lives than a law passed at the federal level.

There are several new Georgia State laws that went into effect as of July 1. Do you know what they are and what they do? Find out here.

So, how much do you know? We’re here to help you out.

How The State Legislature Works

Created in 1777 during the American Revolution, the Georgia state government is actually older than the United States Congress.

Our state government, similar to the federal government, is broken down into three branches: the executive, legislative and judicial branches. The executive branch is run by the Governor, while the General Assembly, broken down into the State Senate and the House of Representatives, makes up the legislative branch. And finally, our judicial system consists of a leveled court system.

The General Assembly is a powerful body of elected lawmakers who pass laws and policies that make an impact on our lives at the most direct level. Each of the 56 State Senators and 180 members of the State House are elected to two-year terms with no term limits, per the State Constitution.

At Sandy Springs Together, our goal is to raise awareness and help educate our community on the issues that matter most.

With that, residents in Sandy Springs will be choosing new State Legislators this year and we wanted to take the time to lay out who might be on your ballots this November.

Depending upon where you live in Sandy Springs, you will have one of four State House races on your ballot:

The Constitution of the State of Georgia gives the state legislature the power to make state laws, restrict land to protect and preserve the environment and natural resources, expend money and so much more. When the legislative session resumes, will our legislators take action on current issues, such as racial justice, COVID-19, high unemployment and evictions?

These are the types of issues that impact you on a more local, direct level. Our lawmakers don’t often address the major, hot topic issues that our federal government might tackle.

Instead, these state lawmakers are often seeking to pass laws that impact their Districts, such as Sandy Springs. It’s why it’s so important that each of us are educated and informed.

Because the more informed you are, the more power you have to create change.